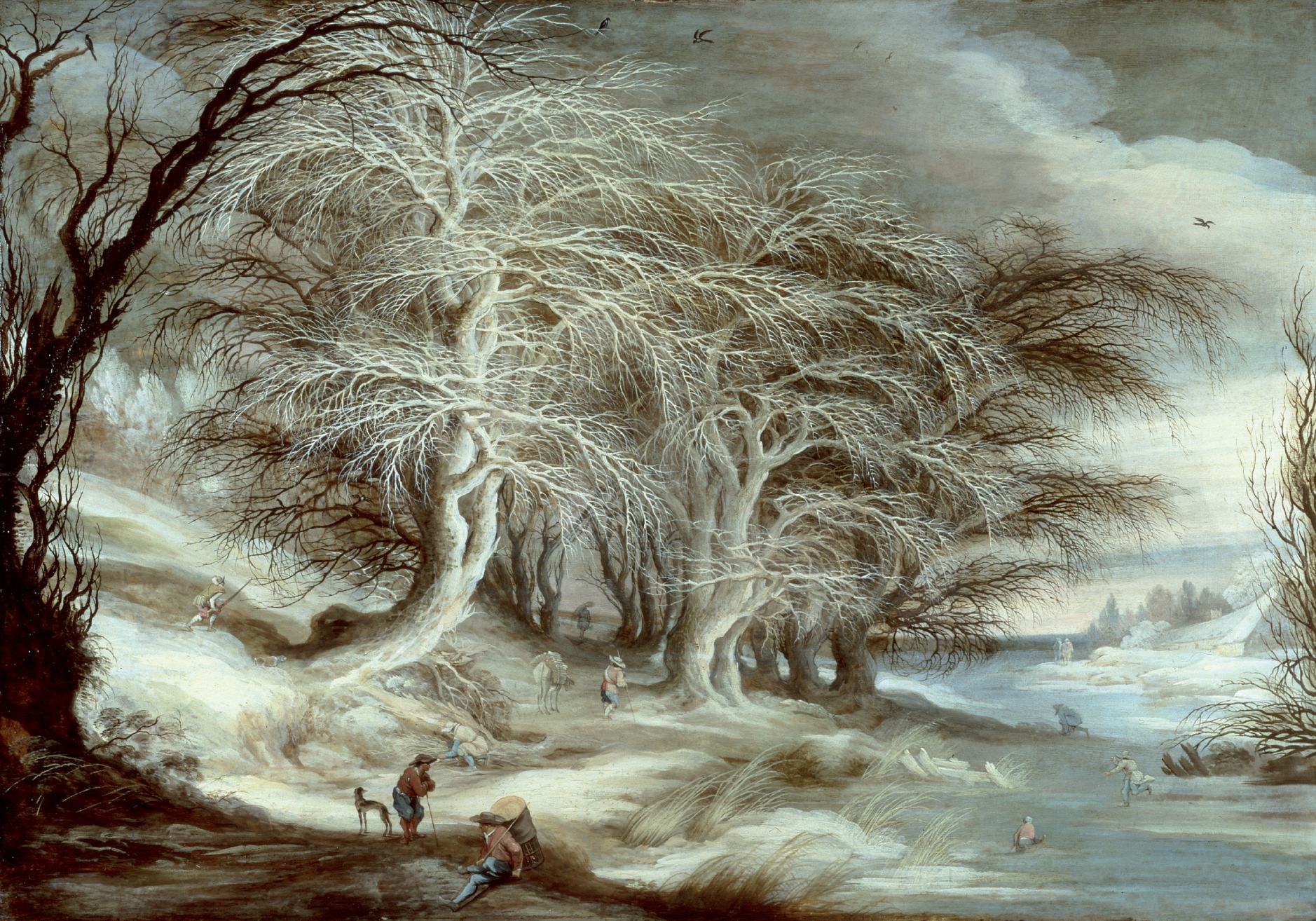 The work of Gijsbrecht Leytens was formerly attributed to an anonymous painter, the Master of Winter Landscapes.
We now know that the painter, identified thanks to a painting bearing his monogram and kept in a private Dutch collection, was baptised in Antwerp on 4th April 1586. He began his apprenticeship with Jacob Vrolijck, before becoming a master in Antwerp in 1611. Married to Maria van Omel, he was a member of the Olijftak between 1615 and 1625, and a captain in Antwerp’s Civic Guard between 1624 and 1628; all signs of a comfortable social position. Known for his collaborations with Frans Francken II and Sebastian Vrancx, his pupils included the young Roccotailliato who came from southern Europe to learn the art of Flemish landscape painting.

His entire oeuvre follows the trend of 16th and 17th century Flemish and Dutch landscape painting, which brought fame to such masters as Pieter Brueghel the Elder, Hendrick Avercamp, Gillis Van Coninxloo, Joost de Momper and Denijs Van Alsloot. It was Gijsbrecht Leytens’ resolutely personal style that brought him attention. More than any other painter, Gijsbrecht Leytens can be considered as the true bard of winter. Poet of the frost, he succeeds in expressing the cold nakedness of the sun on a countryside caught in the ice. No-one before him, nor after him, either in Flanders or elsewhere, expressed this with such intensity. The fundamental and unique quality of his art also resides in the extreme refinement of the subtle colour harmonies apparent in his paintings at all times.

With artists such as Brueghel and Grimmer, but also Denijs van Alsloot and van Heil, the winter landscape became one of the choice subjects of Flemish painting. This taste naturally passed into Dutch painting, as can be seen in the magnificent winter landscapes by Avercamp, van der Neer and Verstralen. However, Gijsbrecht Leytens occupies a unique place within this pantheon; the “Master of Winter Landscapes” succeeds in transcending this very particular season. We are a long way from those austere, dreary and unsettling landscapes that only come to life through the presence of figures. Leytens’ winter views exude their own particular poetry. They shimmer in the light of sunny January mornings, and we yearn to hear the cracking of the bare snow-laden branches… Leytens succeeds in recreating winter in his paintings while avoiding a simple academic rendering based on the trivial details of human activities.