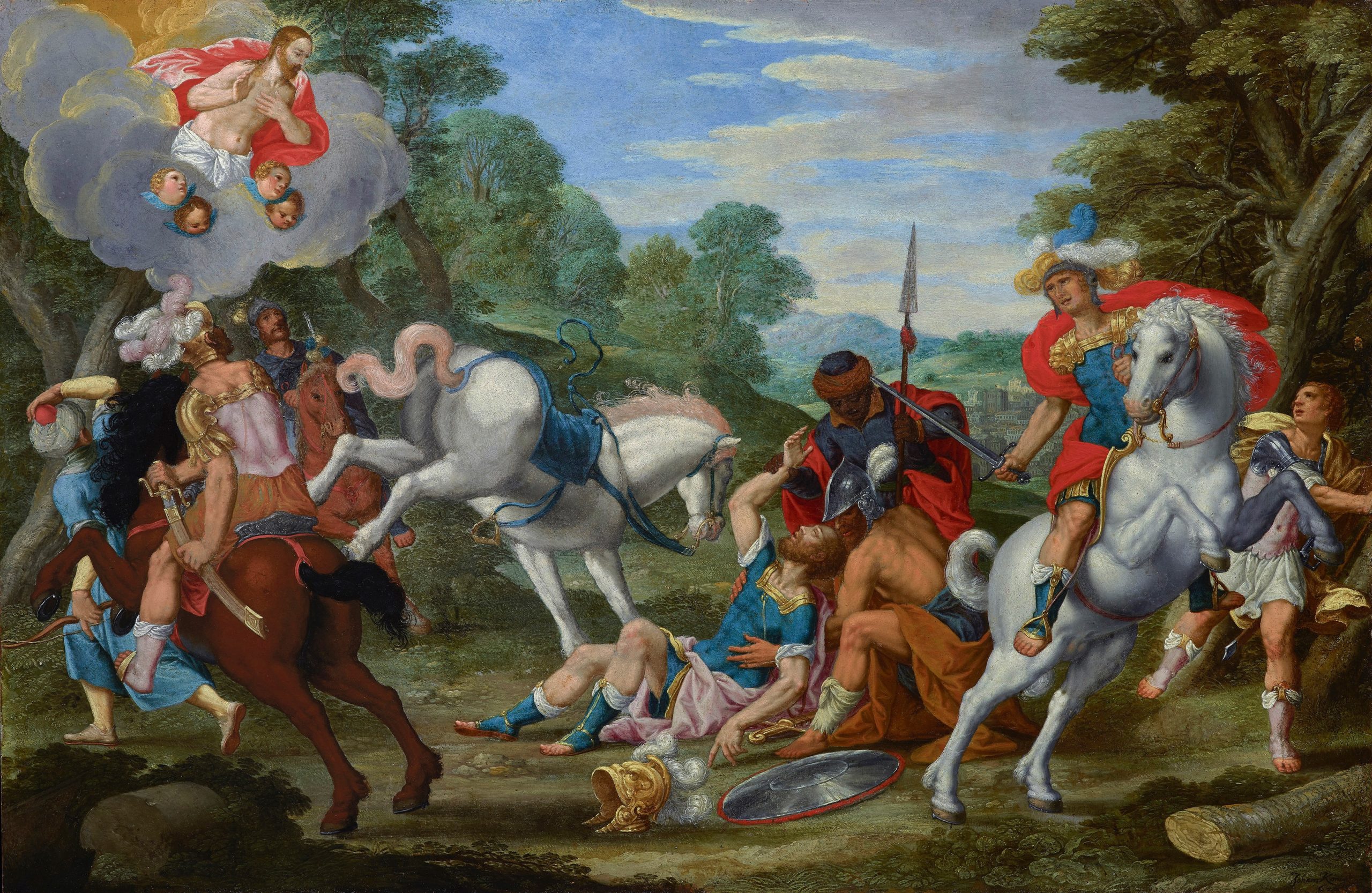 Johann König, who was born and died in Nuremberg, is considered as a painter from Augsburg, the town where he spent the majority of his career. In 1606, he left for Italy, spending most of his time in Venice where he observed and drew inspiration from the works of Tintoretto and Veronese. He stayed in Rome between 1610 and 1614, where he frequented the community of northern painters, including Rottenhammer and Adam Elsheimer. These two artists would have a considerable impact on his style of painting. It was most certainly Elsheimer, who died in 1610, who inspired in him the taste for landscape and the rendering of subtle atmospheres. In his works, König combined this influence with the colourist style of the Italian painters he observed in Venice. He left Rome in 1614 to settle in Augsburg, where he married, was accepted as a master and became the dean of the corporation of painters. In 1622, he became contremaitre of the guild of painters and a year later, he was appointed to the town's Grand Council. He participated in the decoration of the town hall with a cycle of allegorical paintings. He returned to Nuremberg in 1631, victim of the Edict of Restitution against Lutheran artists.

During his stay in Italy, between Venice and Rome, Johann König made a reputation for himself through his miniatures on parchment and his small paintings on copper, intended for the cabinets of the most prestigious collectors. He chiefly owed his success to his production of miniatures, often created in pairs, with one portraying a historical scene and the other a heraldic composition identifying the patron. These works reached very high prices, bearing witness to their renown among great collectors such as Philip II, Duke of Pomerania-Stettin. Today, Johann König is better known for his paintings of biblical subjects, which skilfully associate figures, still lifes and landscapes. His small-sized works painted on copper in the style of Elsheimer are the most sought after. These works are appreciated for the quality of their finish, as well as the careful attention paid to the fabrics.