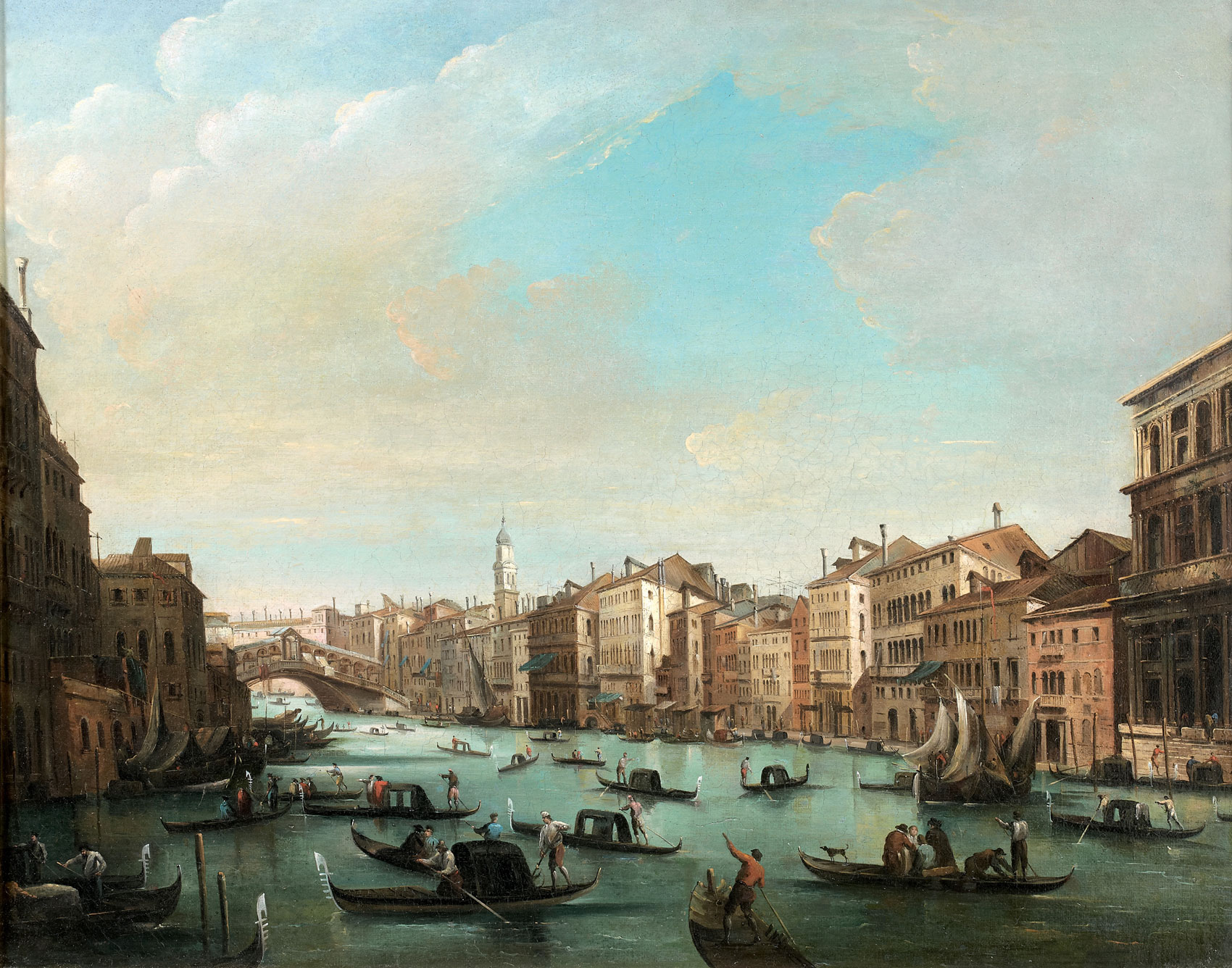 We’re often asked what Canaletto, Bellotto, Guardi or Bison are doing alongside Brueghel, Cranach and Corneille de Lyon. For us, the first answer is quite obvious: we love Venice and we’re passionate about Italy. The second one is just as relevant; there are often subtle links between Flemish and Italian painters.

Venice, which many travellers considered a doorway to the East in the 18th century, was an absolute must during a trip to Italy. Thanks to the many gentlemen who came here as part of their Grand Tour, Venice played a major role in the production of Italian painting in the 18th century. Veduta, capriccio and other bucolic landscapes were all the rage among art-lovers. Stimulated by the presence and economic benefit of these tourists, several painters, including Bernardo Bellotto and his uncle Canaletto, were continuously painting views of the Serenissima. Our selection is composed of a number of examples featuring a frenzied Venice, at a time when the City of the Doges, which has been at rest for some weeks now, has fallen silent and the water in its canals has turned turquoise blue again.

Jumping forward in time to the Italian spacialist artists surrounding and following on from Lucio Fontana, space is envisaged in quite a different manner. We have been exhibiting the works of this major artist for nearly 10 years now; we love the variety of gestures, the confident colours, and the freedom of the poetry these works exude. At the same time, we invite you to discover the blue or yellow surfaces of Enrico Castellani, governed by the effects of light and shadow. Not to mention an immaculate white painting by Giuseppe Penone, featuring thumbprints.

Lastly, we turn to literature and the desire it inspires in us to share Albert Camus’ experience of the sun when he arrives in Vicenza, taken from The Wrong Side and the Right Side (1937):

“ I walk along the road toward the crickets one hears from far away. As I advance, one by one they begin to sing more cautiously, and they fall silent. I move forward slowly, oppressed by so much ardent beauty. Behind me, one by one, the crickets’ voices swell once more: a mystery hangs in this sky from which beauty and indifference descend. In a last gleam of light, I read on the front of a villa: In magnificentia naturae, resurgit spiritus. This is where I should stop.”*

We hope this handful of impressions will inspire your desire to travel and help you pass the time: all roads will lead to Rome again!