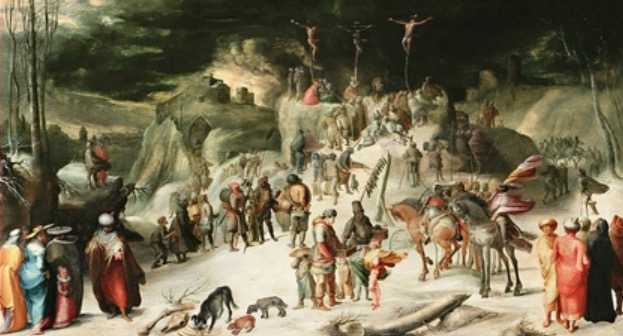 2017 is drawing to a close, leaving behind a number of highlights in its wake!

For instance, in March, regular visitors to TEFAF in Maastricht marvelled at a Passion of Christ executed in the last third of the 15th century by a painter who was undoubtedly active in North Holland. Research is going well with the hope of putting a name to the artist responsible for this masterpiece.

Springtime was witness to another important event: the opening of our gallery in Monaco on Avenue Princesse Grace. Since its official opening at the end of June, its walls are lined with key works of Flemish art and modern art.

In autumn, our modern works were to be found on our stand at PAD in Berkeley Square, before flying of to The Salon in New York. Our old masters also saw the colours of the United States during TEFAF made in New York. Just around the corner from the MET and its Duchesse d’Etampes painted by Corneille de Lyon, we exhibited an esteemed version of the François I’s favourite, which has since found a buyer. Similarly, for the astounding Entombment by Maarten van Heemskerck, which attracted the eye of many institutions.

The crowning moment of this excitement in the old masters’ market, and in the art market in general, was the spectacular sale of a hitherto unseen work still in private hands: the Salvator Mundi by Leonardo da Vinci. If you’d like to admire it in its magnificent showcase by Jean Nouvel, you’ll have to go to Abu Dhabi!

This winter, besides our two exhibitions in Geneva and Monaco, our collaboration with the Baur Foundation in Geneva and its ‘Le Bleu des Mers’ exhibition marks a year of numerous loans to museums. Several paintings have also been promised for the coming year. But until then, we heartily recommend the splendid exhibition François I and Dutch Art at the Louvre. The rediscovery of the Master of Amiens, the room dedicated to Corneille de Lyon, stained-glass windows and miniatures are all wonderful objects that herald a forthcoming year full of surprises and events.