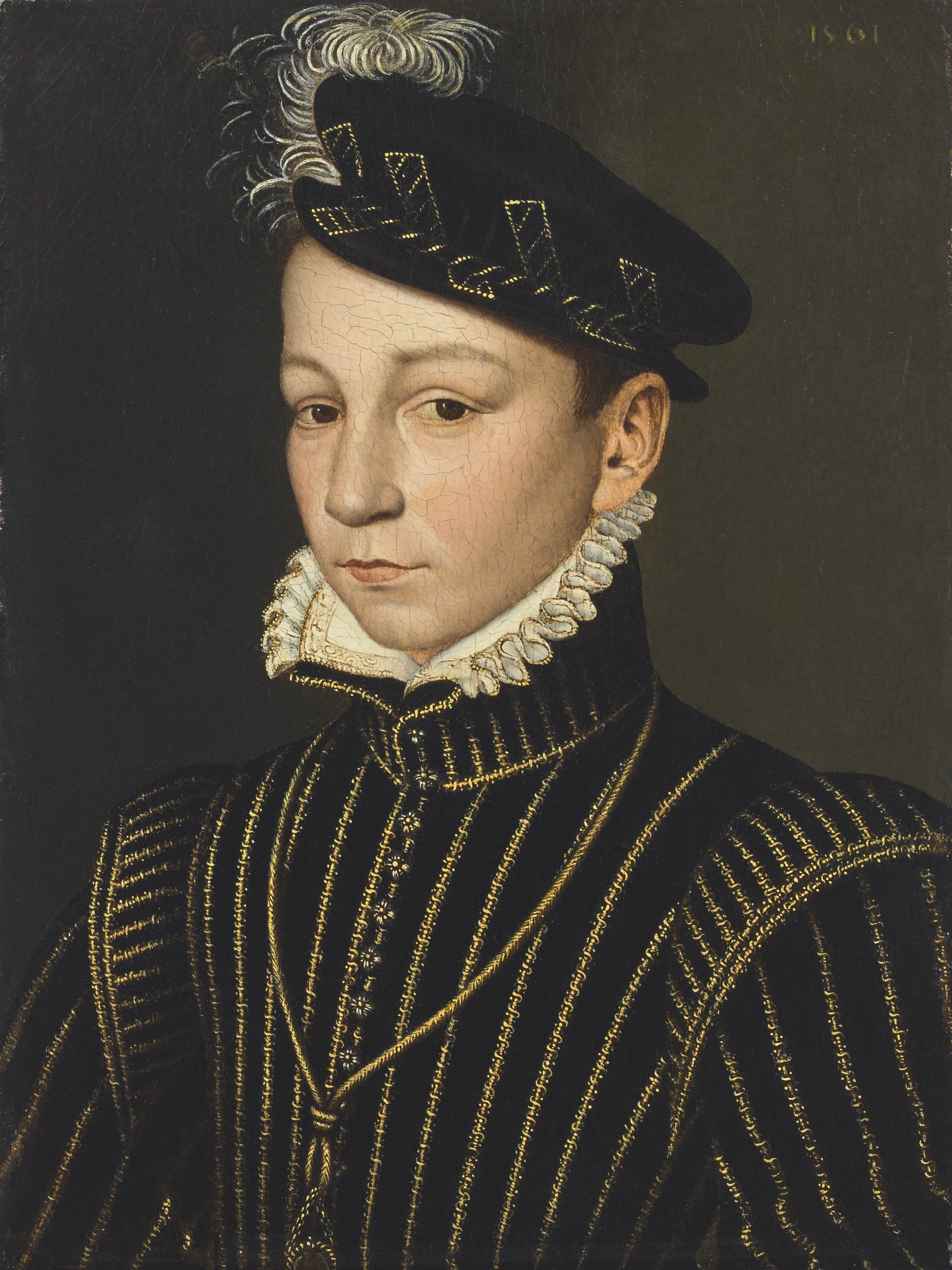 François Clouet was trained in the workshop of his father, the painter and draughtsman Jean Clouet (around 1485-1540) who left Brussels to become, first in Tours around 1516, and later in Paris in 1529, a valet to the King of France. Highly fashionable at the court of the Valois, Jean Clouet presided over the birth of the autonomous portrait, either drawn or painted, combining minute details and an exquisite brushwork typical of the Flemish, with a precise representation of the subject and a refined line, according to French taste. He developed the genre in a style which became the most significant expression of the French Renaissance and incipient mannerism.

François Clouet succeeded his father in 1540 becoming the painter of four kings: François I, Henri II, François II and Charles IX. He probably travelled in Italy around 1549-1550 where he would have had the opportunity to study the portraits of Bronzino. Like his father, whose manner he adopted, he produced numerous portraits in three colours of chalk, or paint, which made him the most sought-after painter in court. His portraits, which display a great respect for his models, exude a delight in veracity and realism, at the same time as an attachment to precise definition of contours. His portraits in bust have a hieratic aspect, and are characterised by minute details of costumes and the severity of faces. François Clouet was also the creator of a new type of full-length portrait.

The Clouets had numerous collaborators, students or followers, who are gradually being identified through the study of archives and drawing collections of the royal family and entourage, such as J. de Court, Dumontier, Caron, Deval, or Quesnel, not to mention the many anonymous artists generally given provisional designations.

The tradition established by the Clouets who, together with their imitators, ‘recorded’ all of the important figures of their era, would be sustained up until the middle of the 17th century and through the advent of the decorative portraits that were appreciated by the court of Louis XIV.