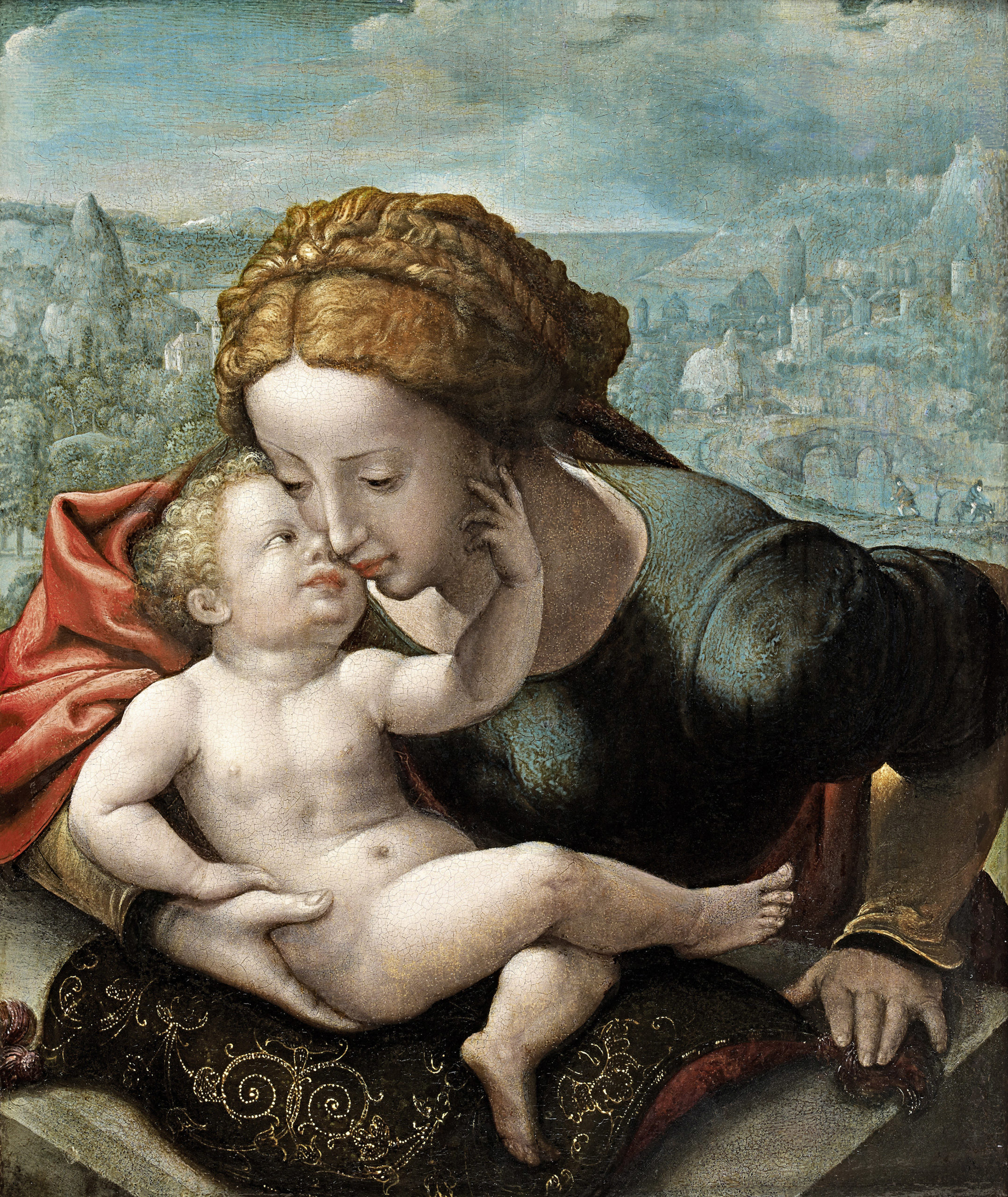 A multi-talented 16th century Flemish artist working as a painter, architect, designer of cartoons for tapestries and stained-glass windows, translator, as well as editor and engraver, Pieter Coecke van Aelst was the father-in-law and master of Pieter Brueghel the Elder. According to Karel van Mander, he was the pupil of Bernard van Orley in Brussels before travelling to Italy.
In 1525, he settled in Antwerp where he married Anna van Dornicke, the daughter of the Antwerp painter Jan van Dornicke, better known as the Master of 1518. Coecke was his pupil and took over Dornicke’s studio after his death in 1527. The same year, Pieter Coecke van Aelst was accepted as a master of the Guild of Antwerp and lost his young wife, who left him two children, both painters. In 1533, he travelled to Constantinople which provided inspiration for his remarkable collection of engravings. These were published posthumously by his second wife as The Manners and Customs of the Turks.

After his return to Antwerp, he married Mayken Verhulst, also a painter, who bore him three children, including Marie, the future wife of his disciple Pieter Brueghel the Elder. At the same time, he went back to managing his studio and focusing on designing cartoons for famous tapestries in Brussels (including a series of Seven Sins, kept at the Kunsthistorisches Museum in Vienna), and stained-glass windows for the Cathedral of Our Lady in Antwerp, among others.

A humanist an outstanding linguist, Pieter Coecke owes his reputation to his knowledge of Italian Renaissance architecture and his translation into Flemish, German and French of the theoretical work of Vitruvius and Sebastiano Serlio. These


works, which were studied in particular by Hans Vredeman de Vries, helped to spread the knowledge of classical architecture throughout the whole of northern Europe.
Except for rare portraits and a few profane works, Coecke repeatedly focused on religious themes during his activity as a painter, such as the Adoration of the Magi, the Holy Family, scenes from the life and passion of Christ, individual portraits of the Virgin and the saints as well as episodes from the Old Testament.

He didn’t sign any of his paintings. Just like the great Italians of the Renaissance, Pieter Coecke liked to think of himself as an “artist” rather than a craftsman. He was also proud of his title as painter of Charles V, Holy Roman Emperor, and as "official publisher of his Imperial Majesty". A key figure of mannerism in Antwerp, Pieter Coecke holds a special place in the history of 16th century Flemish painting.

The Madonna with the Cushion

The Madonna with the Cushion